As Innsbrook begins to close out its 50th Anniversary year, it’s a great time to reflect on the traditions that have carried us through for half a century. Whether it be a collection of anniversary cups, a signature family event, or generational values passed down the family tree, the Innsbrook community has and continues to build off of the traditions it was founded on in 1971. Now, a special piece of Innsbrook tradition and history is being restored by one of Innsbrook’s own.

Jeeps have been a staple vehicle at Innsbrook since the beginning, but one Jeep in particular carries a greater significance to the community. “Ed’s Red Jeep,” originally owned by Ed Boyce, founder of Innsbrook Resort, has lived out its life at our little piece of paradise, and is currently being restored by Innsbrook property owner, Dustin Loeffler. 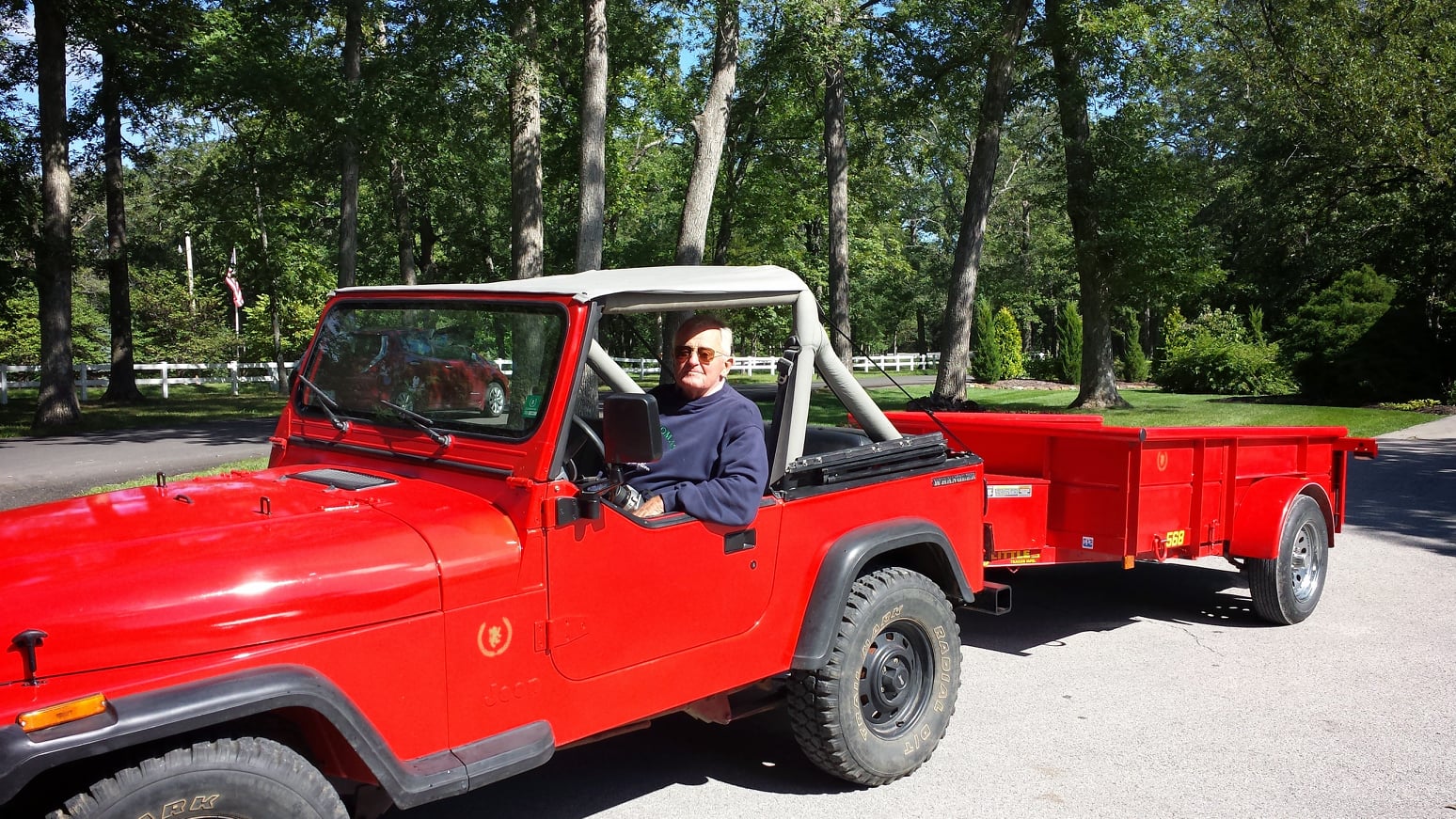 “This is a very special Jeep as it has seen and experienced so much of the resort. As I got behind the wheel for the first drive around Innsbrook, the Jeep acted as a quasi-Herbie the Love Bug as it almost knew where to go given it had spent its life at Innsbrook. It was such a surreal feeling.”

“Ed’s Red Jeep” is a 1991 Jeep Wrangler boasting 192,000 miles, most of which are estimated to have been spent driving through the Innsbrook property and seeing many residents during its tenure. A matching red trailer can still be seen around IBK and is owned by the Boyce family. The Jeep has been kept within the community by being passed from a line of Innsbrook succession. First being founder, Ed Boyce, to long-time employee and trustee, Dan Miesner, to now, Innsbrook property owner, Dustin Loeffler. 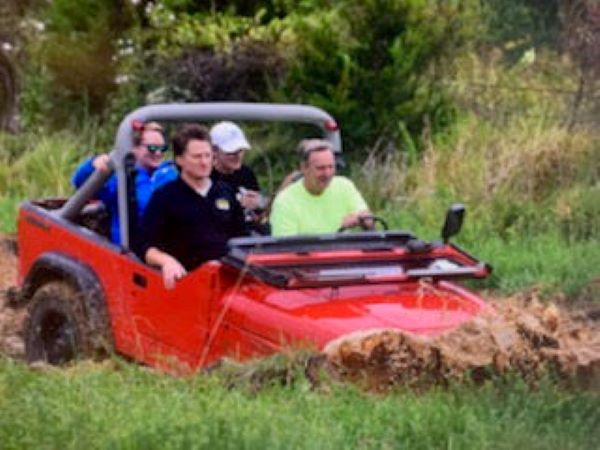 “I have always had an immense respect for Ed and what he’s built here, and I remember seeing him drive the jeep during my 12 year tenure as an Innsbrook renter prior to being lucky enough to become a property owner in 2019,” said Loeffler. “Then, I got to know Dan during the construction of my chalet and struck a friendship with him. He has had such an impact on the growth of Innsbrook for decades and is loved and revered by many in the Innsbrook community. When Dan mentioned selling the Jeep, I jumped at the opportunity to own it so I could restore and pay homage to both Ed and Dan.”

As a previous owner of five Jeeps, including a 1991 model as his first car, Dustin is familiar with the model history, and, after purchasing, set a goal to restore the Jeep back to its original stature. “For many Jeep owners, including myself in the past, they hit the stores and start accessorizing and customizing their new Jeep. I wanted to take a different approach and challenge myself to try and restore it to what it would have been like as a new Jeep Ed had just purchased.” 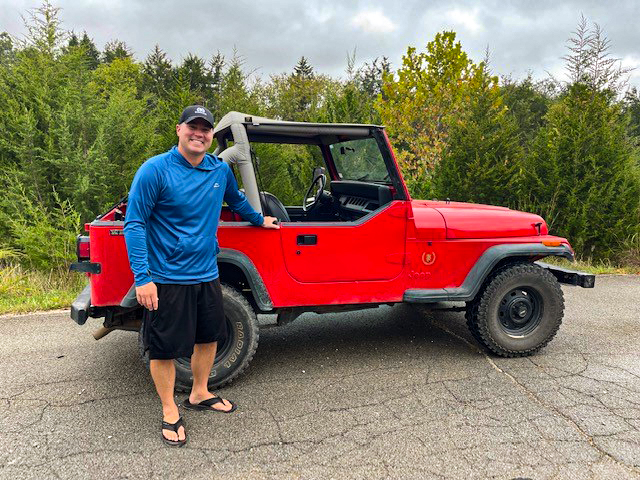 “Ed’s Red Jeep” is much more than a vehicle to many here at Innsbrook, it’s an icon, a memory which holds great tradition and a symbol of history being passed down from one Innsbrook generation to the next.

The restoration project is anticipated to be complete by next spring. Fellow residents can expect to see “Ed’s Red Jeep” at the annual Jeep Safari on October 31, and for many years to come.

Commenting is not available in this channel entry.